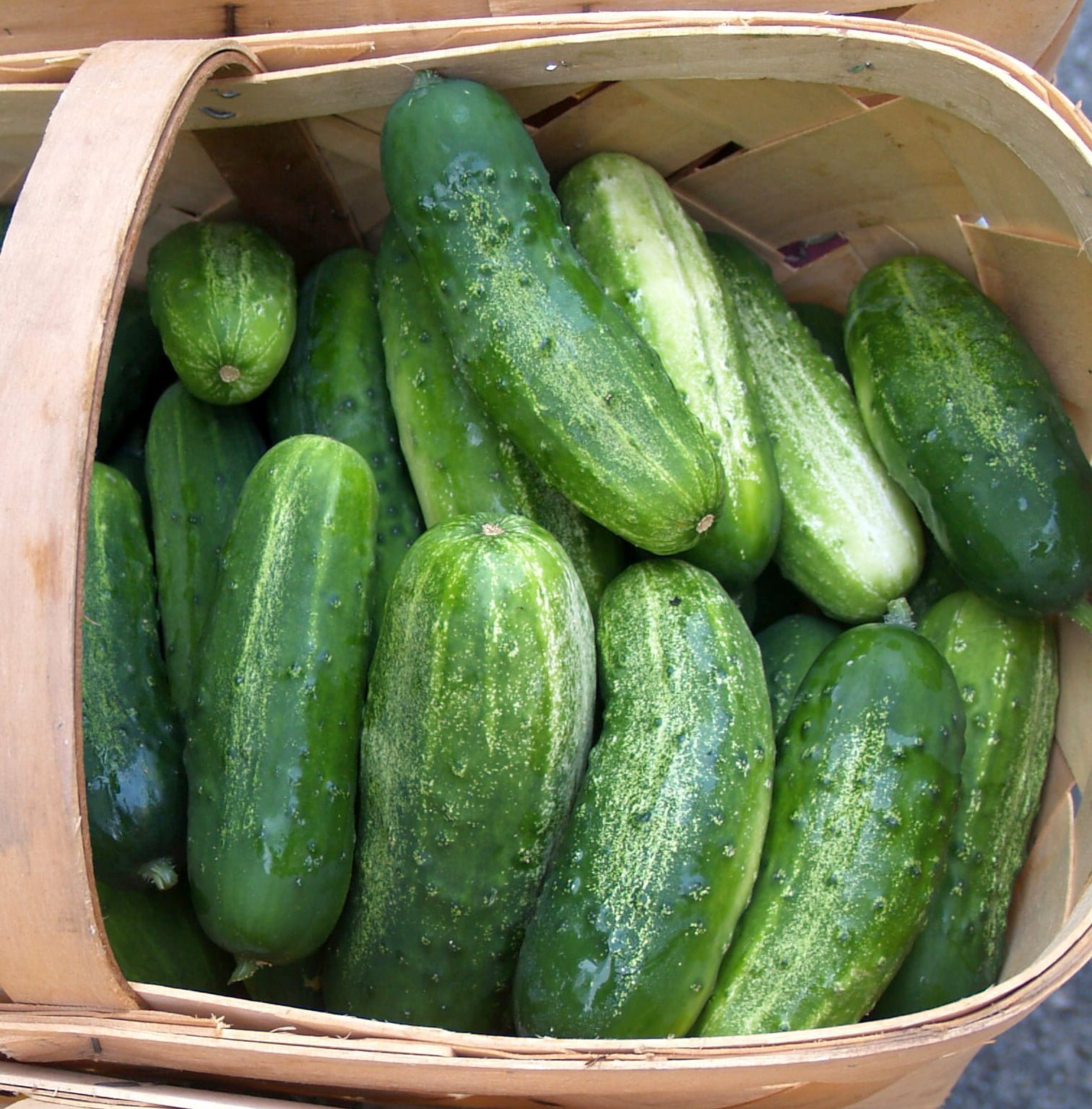 Cucumbers are great sliced as a snack. They grow on vines, and sometimes farmers train them to climb trellises to keep the cucumbers off the ground. They belong to the same family as pumpkins, zucchini, and other squashes.

Cucumbers are commonly used in Chinese, Greek, and Middle Eastern dishes. They can be pickled or used fresh in salads, dips, or sandwiches. Look for local cucumbers in grocery stores and your school cafeteria this month!

This Week In The Garden: K-5

This Week In The Garden: Preschool

This Week In The Garden: Family Handout