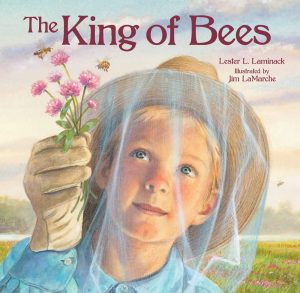 Henry wants nothing more than to be like his Aunt Lilla and work with the beehives on their Lowcountry farm. He watches her every day, working hard outside in her bee suit, but what amazes him the most is her ability to communicate with the bees. Henry feels certain he can, too. Then one day, Aunt Lilla tells him the bees are preparing to leave the hive and may leave the farm entirely. Henry believes it is up to him to communicate with the bees and convince them to stay, before it’s too late.