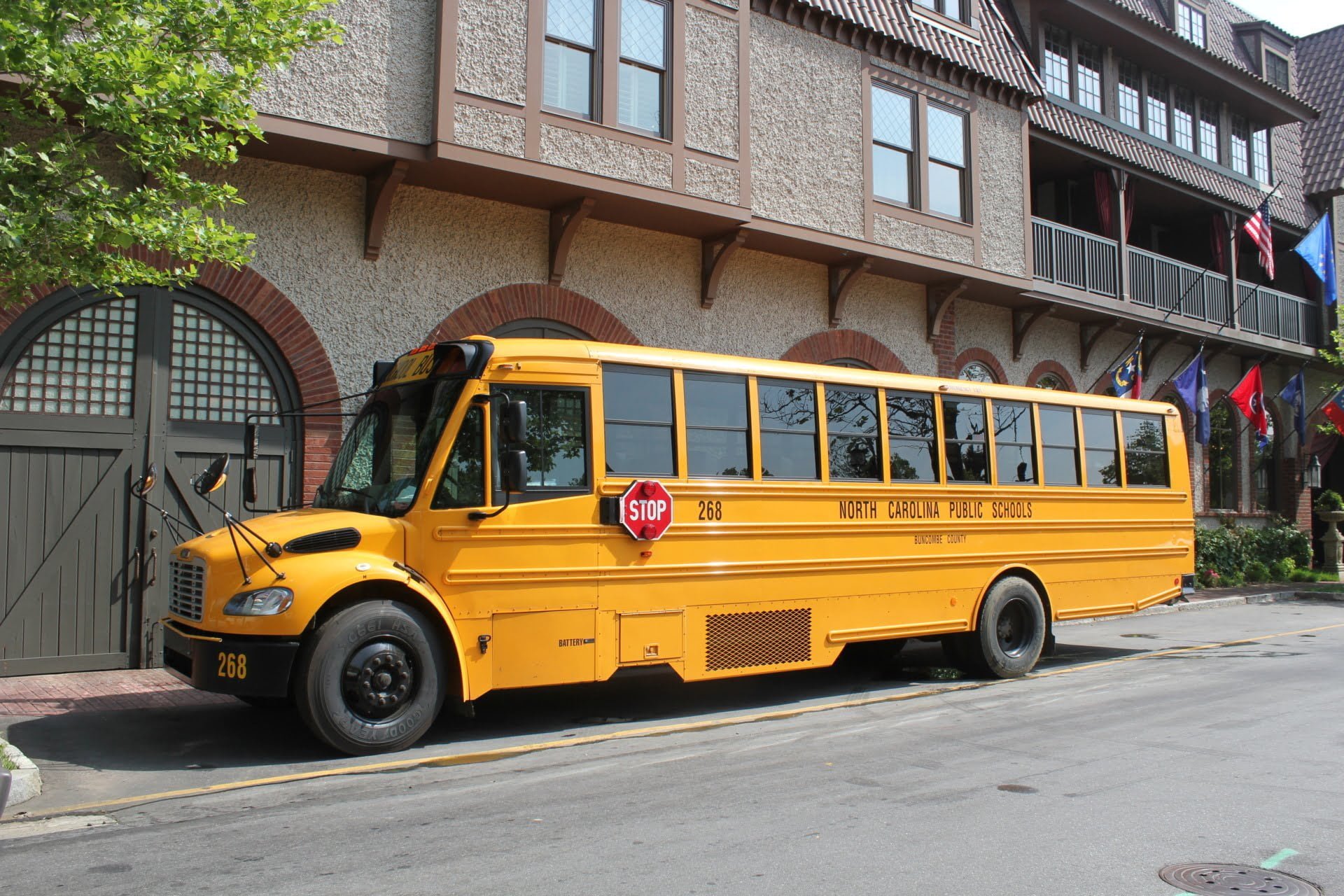 As part of our Farm to School Cooking Program, Chef Adam Hayes has been bringing a little bit of the Red Stag Grill at the Grand Bohemian Hotel to Glen Arden Elementary School each month. He’s cooked up a storm with second graders all 2012-2013 school year, helping them make everything from local kale ravioli to winter squash soup using cool tools like pasta machines and pumpkin bowls. To end the year on a grand note, he decided to flip the script and bring a little bit of Glen Arden to the Grand Bohemian! On May 20, 105 second graders put down their books, put on their Sunday best, and headed for Asheville’s Biltmore Village.

Students began their field trip with a tour of the hotel. They learned about the different genres of art on display in the hotel gallery, witnessed how a hotel handles its large volume of laundry (and helped laundry staff with some complicated math), visited the hotel lobby, and even walked through the kitchen where Chef Adam works to get a sneak peek at the local meal to come.

After the tour, the students were ushered to the tip-top level of the hotel, where they were treated to a three-course meal in the grand ballroom. Everyone practiced their very best manners as they sampled a salad made with local greens, smoked local trout from Sunburst Trout Farms (many second graders had visited the farm in a previous year with Chef Adam), and an edible flower. Of the flower, one student exclaimed, “It’s too pretty to eat!” 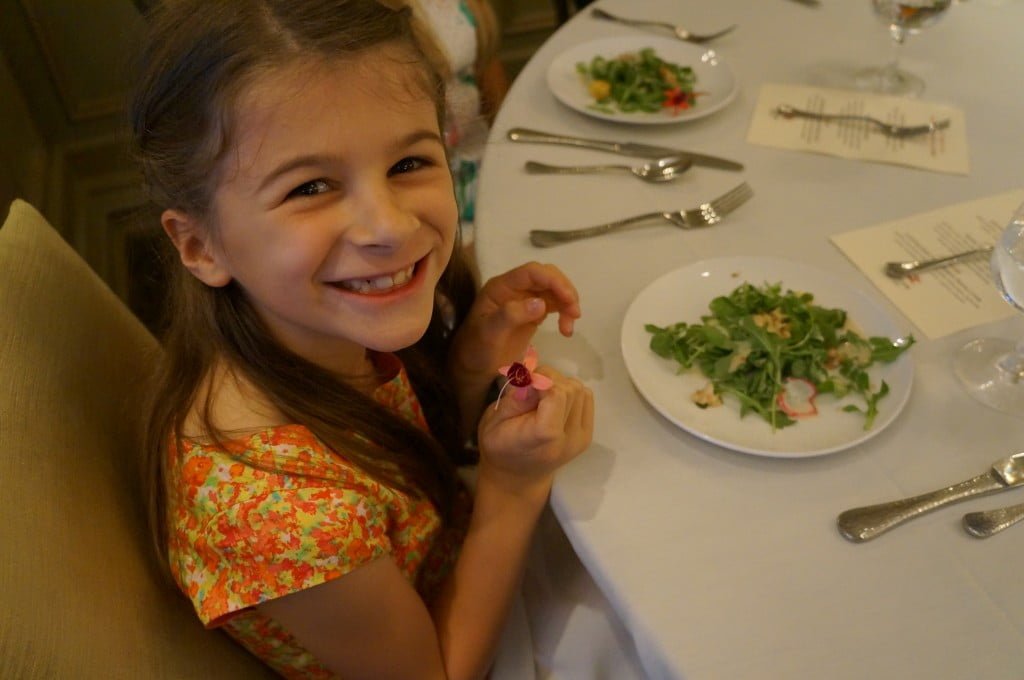 The second course of Hickory Nut Gap meatloaf topped with a blueberry “ketchup,” sesame kale, and a potato rosti was the groups’ favorite. Jamie Ager from Hickory Nut Gap Farm was on hand to explain the seller-buyer relationship his farm has with Red Stag Grill and answer questions about raising grassfed beef. A student looked at him with wide eyes and asked, “He grows meatloaf?!”

Finally the waiters brought out the dessert course, a panna cotta made with Looking Glass Creamery’s Pack Square cheese and topped with local honey, strawberries, and a blueberry coulis. Most students couldn’t quite wrap their heads around the fact that there was cheese in their dessert, but one declared it to be the best cheese he had ever tasted! Cheesemaker Andy Perkins took questions from the excited group, who wondered is all cheese made from milk? Together, Andy and all the students shouted out the list of animals, more specifically mammals, that give us delicious milk to enjoy.

ASAP sends a BIG thank you to Chef Adam Hayes and all the hotel staff  for hosting Glen Arden’s second graders and making a grand experience they’ll never forget. It’s safe to say that at least one future Farm to Table chef was created in the Grand Bohemian ballroom!