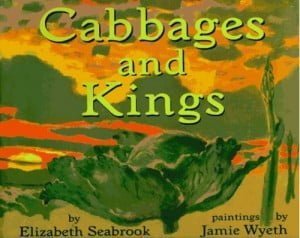 It’s the first day of spring and Albert, a young asparagus, notices his new neighbor…a cabbage named Herman. At first Albert and Herman are nervous because of their differences, but as time goes on they become friends and realize that they have more in common than they originally thought.

Tagged as: Cabbage, Farming, Fiction, October, This Week in the Garden