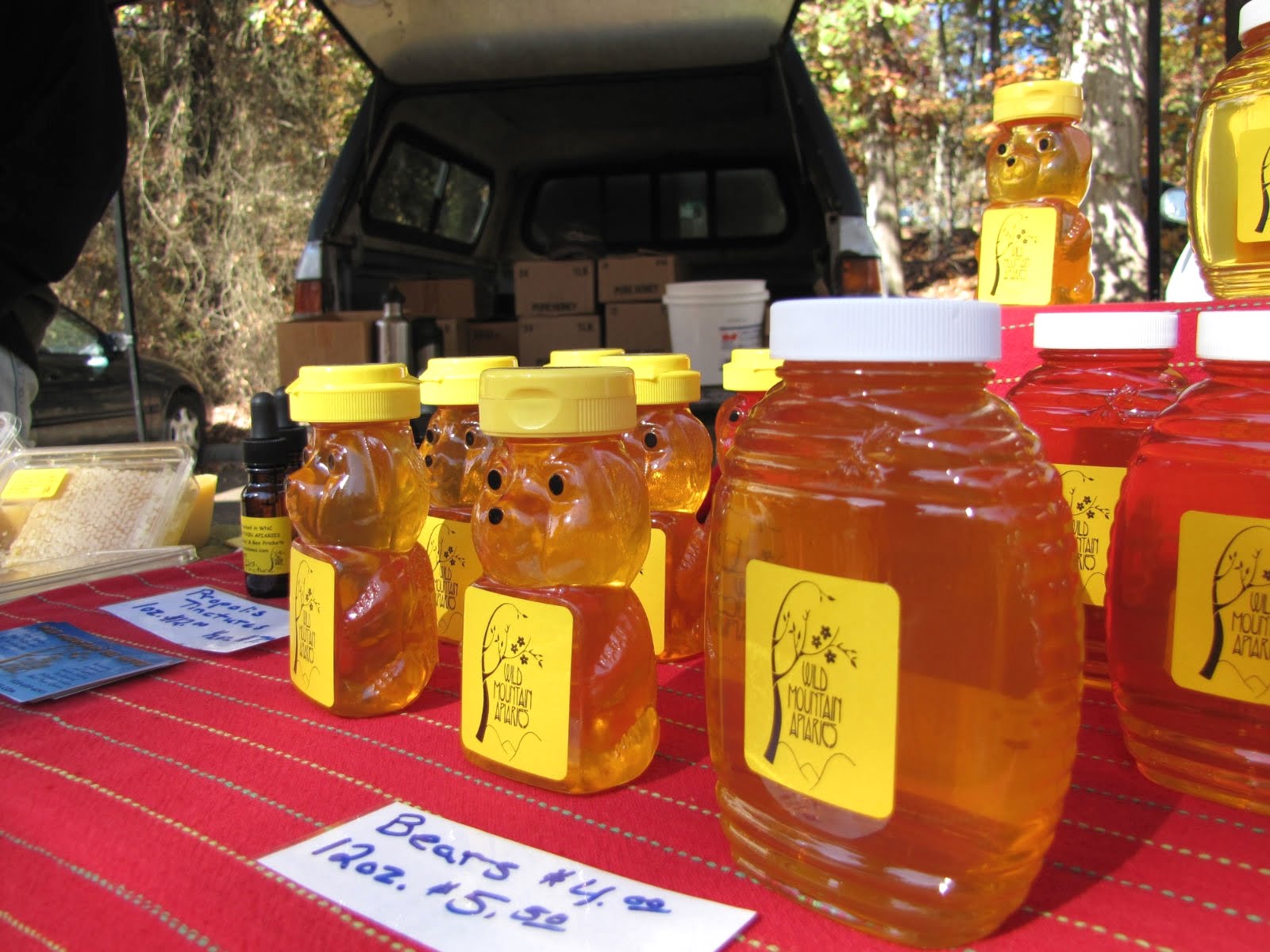 This week’s theme is bears. Our “Growing Minds Day by Day” educational resource lists are designed for families and educators to use during COVID-19 and beyond. 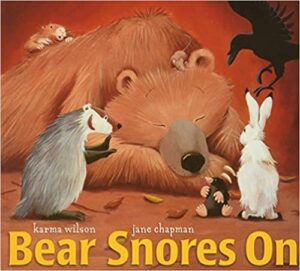 Mouse creeps into hibernating Bear’s cozy lair, looking for relief from the cold night, and soon is joined by Hare, Badger, Mole, Wren, and Raven. Bear snores on as the high-spirited party gets going. The critters pop corn, make tea, twitter, and chatter, until Bear wakes up with a giant sneeze! Watch a read aloud on YouTube. 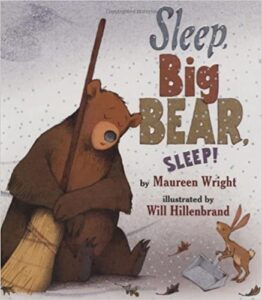 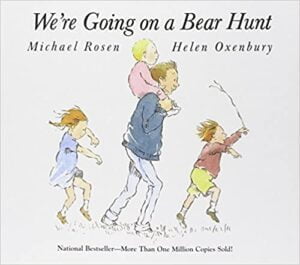 We’re Going on a Bear Hunt 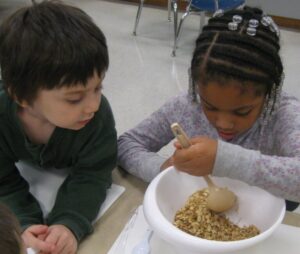 Ever wonder why honey is sometimes packaged in a “honey bear” container? Fictional bears are commonly depicted as honey-loving critters–just think of Winnie the Pooh and his honey pots. It turns out that real bears in nature are attracted to beehives too, but they don’t just eat the honey! Bears will happily consume the whole bee hive, including the honeycomb, the bees, and their larvae. Bees and other insects are a protein-rich food that’s important in a bear’s diet.

The granola recipe below features sweet local honey, but thankfully it leaves out the bees! Once you’ve baked your homemade granola, your family or class can use it to build your own Local Apple Parfaits (find the recipe here) for a tasty seasonal snack. 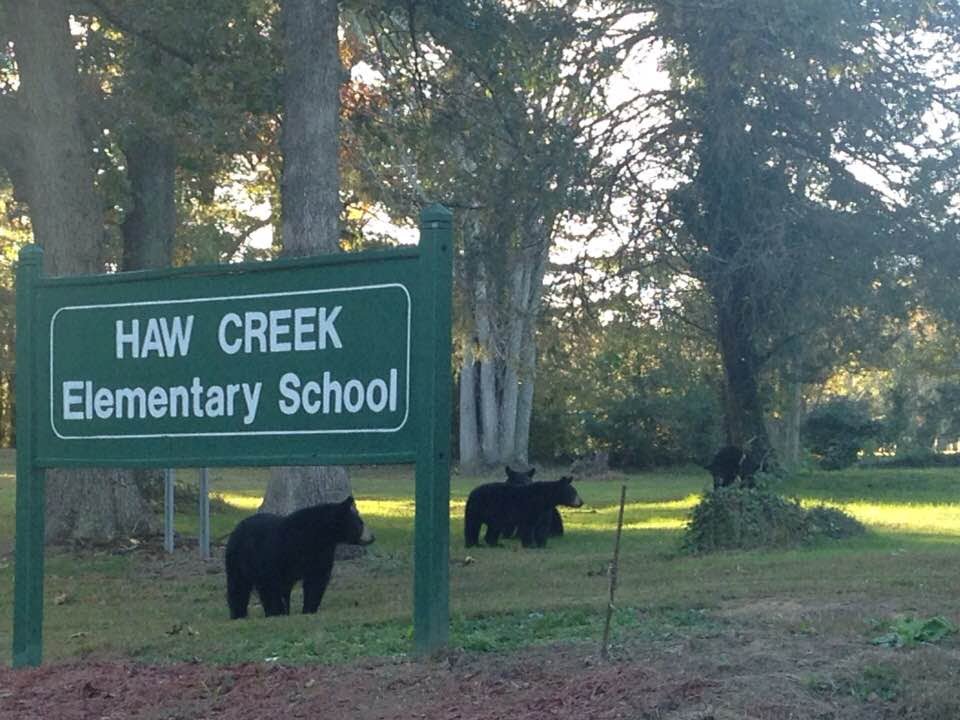 Western North Carolina is home to thousands of black bears. Bears are sometimes drawn to people’s yards (or schoolyards, like the family of bears pictured above at Haw Creek Elementary) by bird feeders, pet food, compost piles, and garbage. Bears are actually so common in Asheville and Buncombe County that their activity and behavior is being researched by NC State University and the NC Wildlife Resources Commission through the NC Urban/Suburban Bear Study. If you see a bear around town that’s sporting a GPS collar, it’s likely part of that study. Learn more about the bears that call our Appalachian region home by visiting the Smoky Mountain National Park website: Black Bears in the Smokies.

Ever wondered why bears hibernate? Find out here on an episode of Mystery Doug. Bears aren’t the only animals that sleep through the winter. Visit the NC Arboretum’s website to learn about other animals that hibernate.

Books about Bears in the Garden

Several of the books in our farm to school children’s literature lending library feature bears. As a reminder, Asheville-area educators are welcome to check these books out to use with their classes. Here are some of our favorite books that pair bears with garden or nature themes: 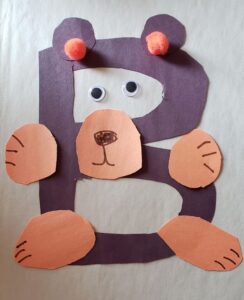 B is for Bear

Read one of the many stories we have listed about bears above. Then, have fun creating your own bear out of the letter B. Once you’ve made your bear, use the following prompts to write or tell a story about your bear: My bear loves to eat… When my bear is tired it… My bear and I like to…

One little bear
Wondering what to do.
Along came another
And then there were two.

Two little bears
Climbing up a tree.
Along came another
And then there were three.

Three little bears
Ate an apple core.
Along came another
And then there were four.

Four little honey bears
Found honey in a hive.
Along came another
And then there were five.

Check back next week for new resources. Click here to access Day by Day resources from past weeks. If you didn’t find what you’re looking for here, please visit our Lesson Plans page.