Kituwah is the Mother Town–or original home–of the Cherokee people. The Cherokee have a long agricultural history, with community at its core. In this Meet Your Farmer video, join three members of the Eastern Band of Cherokee Indians–Ty Boyd, David Anderson, and Mike Crowe–to learn about the history of this sacred place. See how Ty, David, Mike and others continue to farm their ancestral land communally, growing crops like potatoes, curly mustard greens, collards, pumpkins, sweet corn, and blueberries.

This video could be used as a starting point to further explore Cherokee history, culture, or agricultural practices (both historic and modern); the meaning of community; specific agricultural practices such as weeding, planting, and harvesting; or particular fruits and vegetables. Find recommended books, resource lists, and lesson plans to pair with this video below.

Learn about the Cherokee Removal of 1838 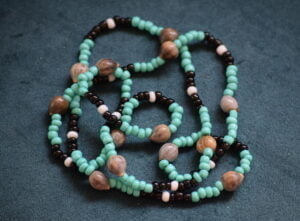 In the video above, Mike references the Cherokee removal in 1838, which was part of the forced relocation by the United States government of approximately 100,000 Native Americans between 1830 and 1850. Through a series of forced removals, Native Americans who resided east of the Mississippi River were forced to leave their ancestral homes and march along the Trail of Tears to land west of the Mississippi that had been designated as “Indian Territory”. Thousands of people died along the way.

Cherokee folktales and books about agriculture/nature:

Thank you USDA, ASPHN, and the many individuals who support Growing Minds. Together, we provide farm to school experiences to thousands of children!